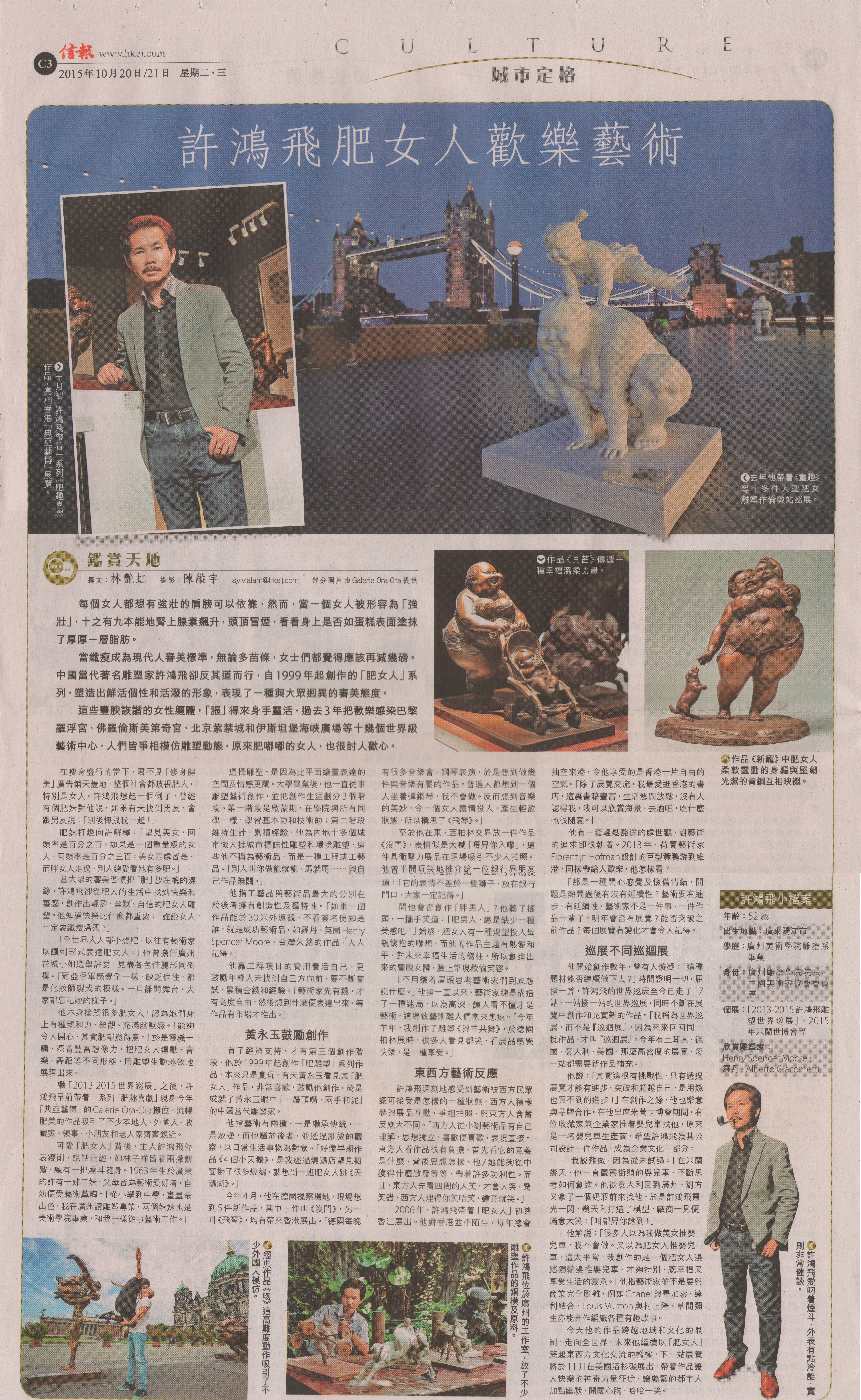 Every woman wants a strong shoulder to lean on. However, when a woman is described as “strong”, she would probably be irritated, thinking whether her body looks like the icing surface of a cake – covering by a layer of fat.

Slenderness is the standard of modern aesthetics; thus no matter how slender they are, women still believe they have to lose a few more pounds. On the contrary, world renowned sculptor Xu Hongfei is not interested in slenderness, instead he created “Chubby Women” sculptures, with unique personality and comical features, expressing a different attitude from the public aesthetics.

With fluid, vivid poses and buxom female bodies, chubby women are quite dexterous. Over the past three years, Xu and his “Chubby Women” stepped foot in various international art centres and iconic landmarks, including The Louvre (Paris), Palazzo Medici Riccardi (Florence), Forbidden City (Beijing) and Ortaköy (Istanbul). Xu’s sculptures were able to resonate with audiences from around the world, across nations and ideologies, transmitting a gentle but forceful power and bearing the humour and fascination of life.